On May 12, the EPA finalized a set of regulations that will reduce methane, volatile organic compounds, and toxic air emissions in the oil and gas industry. The final rule will target emissions from new or modified oil and gas wells. According to the Agency, the rule will prevent 11 million metric tons of carbon dioxide equivalent emissions in 2025. While the new standards will not apply to the vast numbers of existing rigs, well pads, and auxiliary equipment, the EPA indicated that it plans to regulate these sources as well by issuing an information request on the oil and gas industry regarding existing operations. The EPA states that the information received “will provide the foundation for developing regulations to reduce methane emissions from existing oil and gas sources.”

Methane is the second most prevalent greenhouse gas emitted in the United States from human activities. The EPA estimates that END_OF_DOCUMENT_TOKEN_TO_BE_REPLACED 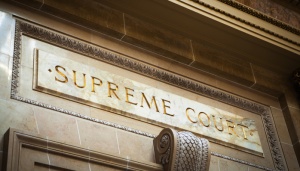 On Monday, President Obama and the EPA unveiled the final version of the Clean Power Plan, a rule that will reduce carbon dioxide emissions from fossil fuel-fired power plants. Assuming the Clean Power Plan survives an expected avalanche of legal challenges,  the rule will reduce CO2 emissions from power plants by 32 percent from 2005 levels by 2030. The 32 percent target is higher than the 30 percent target in the 2014 proposed rule, and individual state goals were not adjusted equally to achieve this higher target creating clear winners and losers. For example, Kentucky’s final emission rate goal is 27% lower than what the EPA proposed for Kentucky in 2014 and Indiana’s final emission rate goal is 19% lower, while Mississippi’s final emission rate goal is 37% higher and Tennessee’s final goal is 4% higher than the proposed rule. Another big change is that states will have two more years – until 2022 instead of 2020 – to start meeting emission-reduction requirements. The final rule also places more emphasis on END_OF_DOCUMENT_TOKEN_TO_BE_REPLACED